President Trump directed the Secretary of Commerce to initiate an investigation into whether or not imported automobiles and imported auto parts represent a threat to national security pursuant to Section 232 of the Trade Expansion Act of 1962. Under this law, the President can take action to adjust the levels of imports of the goods at issue if they represent a threat to national security.

View our latest resources on this topic

On February 17, 2019, the Secretary of Commerce transmitted a report to the President finding that American-owned automotive research and development and manufacturing are essential to national security and that increases in imports of foreign automobiles and auto parts produce a competitive advantage. On May 17, 2019, the White House issued a proclamation declaring imported automobiles and certain auto parts a threat to national security and directed the United States Trade Ambassador to pursue negotiations to address the threatened imbalance during the proceeding 180 days. And that the Secretary of Commerce would advise the President if further action, e.g. tariffs, would be needed. To date, the Administration has not issued any official statements on further action.

Imported auto parts are not a threat to national security, rather they are a component of a robust domestic auto care sector with an integrated global supply chain that allows for high quality auto repair at affordable prices. Certain auto parts are not manufactured in the United States and it would be extremely cost prohibitive to shift production to the United States.

How This Impacts You

An Auto Care commissioned study by John Dunham and Associates found that a 25 percent tariff on imported auto parts would cause a job reduction of 17,800 jobs in the auto parts manufacturing sector, resulting in $1.4 billion in lost wages. The study further predicts that 6,800 jobs would be lost by vehicle repair shops and an additional 85,200 jobs in the auto care wholesale and retail segments due to lower demand. 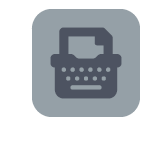