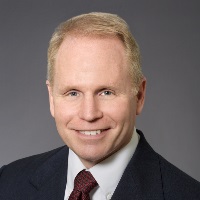 BETHESDA, Md. – May 31, 2022 – The Auto Care Association today announced that Larry Northup, executive director, AWDA, will be retiring from his role later this summer after more than two decades in the auto care industry.

In his latest role as executive director, AWDA, Northup worked to encourage and support the re-establishment of the Aftermarket Warehouse Distributors Association (AWDA) community’s decades-long tradition of leadership within the aftermarket. Since 2004, Northup’s efforts for the AWDA community included the integration of AWDA members into all aspects of the Auto Care Association’s leadership, including the board of directors; committees; task forces; the association’s political action committee; special projects like career promotion, Right to Repair, the University of the Aftermarket Foundation; and many other aftermarket industry advocacy efforts.

In 2021, during the AWDA’s annual leadership awards ceremony in Las Vegas, Nev., AWDA presented Northup with a “championship belt” for being a “true champion” of the community.

“When I started here in 2000, I never thought I’d be there 22 years,” said Northup. “I’m proud of the amazing and incredibly fulfilling relationships that I have been so fortunate to have developed over the years with a huge array of smart, hard-working, creative and loyal members. It's always been about the staff and the members – they’re amazing people.”

“The impact Larry has had on our association and industry is immeasurable,” said Bill Hanvey, president and CEO, Auto Care Association. “His ability to connect with, inspire and empower not only the AWDA community but our members across the entire supply chain has been an enormous achievement not just for himself, but has also proved to be a major asset for the Auto Care Association. I don’t think there’s any one individual in our association more appreciated—and who will be more missed—by our members and industry than Larry.”

Northup looks forward to building his next home in the coastal town of New Bern, N.C. with his wife.

If you would like to send a message of congratulations or well wishes to Mr. Northup, he can be contacted at larry.northup@autocare.org.