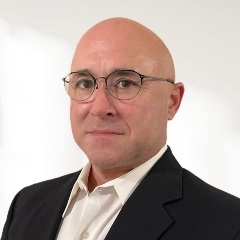 Tanner as director, vehicle communications. In this role, he serves as the association’s lead technical subject matter expert for vehicle connectivity related projects and initiatives, including conducting field testing and inspection of products and services related to proof of concept implementations, liaising with Standard Developing Organizations (SDO) and the creation of technical reports and design recommendations for SDO related projects. The future of the aftermarket depends on safe, secure, direct access to vehicle networks, and robust secure data communications is the fundamental enabler for this access.

Tanner comes to the association from INNOVA/CarMD and has a robust background in the design, testing, implementation and operation of large-scale, complex telecommunications networks, devices, software, databases and integrated systems. He also has experience in developing data and network interfaces, products, and solutions for the automotive telematics industry.

Tanner has worked closely alongside engineering standards bodies and major equipment manufacturers in the development of industry standards. Prior to his most recent position as principal data scientist for CarMD, he held several executive and senior management positions during his career including vice president of network engineering at Terre Star Networks where he led the design, development and implementation of the first voice over IP (VoIP) cellular and satellite-based core network, and executive director of engineering at XO Communications leading the design and development of many first of their kind implementations, including the first long distance VoIP network for Nextel and one of the first implementations of the ethernet over copper technology.

Tanner has been responsible for research, design, development and implementation of several leading edge, large scale, networks and products including one of the first adaptations of ATM networking while working for E-Systems in Dallas. He has also held senior-level architecture positions at MCI, in the design and implementation of MCI’s nationwide ATM network which provided connectivity for the National Science Foundation’s super computers.

Tanner holds a Bachelor of Science in electrical engineer technologies from Louisiana Tech University and was recognized as a Louisiana Tech Distinguished Alumnus for 2017.