Nominations for 2022 are closed

Winners will be announced at Fall Leadership Days. Nominations for 2023 will open in June. 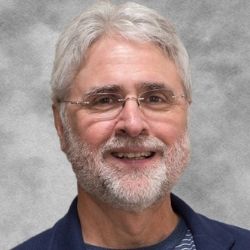 "It set me on a trajectory that I never expected. It floored me that I was considered for a nomination. When I won, it change me: it changed my attitude and how I saw the industry looking at the content we were producing - it was a game changer for me. I'm humbled and honored. If I can win an award like this, so can you."

The Mort Schwartz Excellence in Education Award is given annually by the Auto Care Association’s Education Committee to an individual that best advances the concepts and programs for education or continuing education in the North American auto care industry. Nominations are evaluated in accordance with the candidate's:

The award was established in by Mort Schwartz, aftermarket entrepreneur, business owner and now investor/consultant.

The Mort Schwartz Excellence in Education Award was created to honor one of the automotive aftermarket’s greatest success stories, a man who rose to the top of the auto care industry by virtue of his enormous talent, hard work and dedication to the industry that he helped shape.

As a young entrepreneur, long-time business owner and now investor/consultant, Mort Schwartz has always put back more than he has taken out of the industry. Not only has he been involved in and chaired some of the largest and most powerful industry associations, Schwartz has always been a strong advocate for industry education, training and scholarship programs.

The Automotive Aftermarket Scholarship Program, www.automotivescholarships.com, which he helped create, continues to grow today through contributions given by industry organizations and individuals. 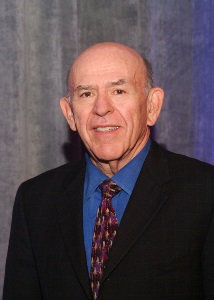 John A. Passante, MAAP, is a broad-based senior executive with over 30 years of extensive general marketing, sales, organizational development, and senior human resources experience. John was the President & CEO of Brenton Productions, as well as the President & CEO of The Organizational Development Group, Inc. The firm specializes in recruiting, coaching, change management, and culture enhancement. He has worked with corporations such as Carquest, where he was Senior Vice President. He was also Senior Vice President, Human Resources for MOOG Automotive and Senior Director, Worldwide Human Resources, Sales and Marketing for Delphi Products and Service Solutions.

In 1995, John was inducted into the Automotive Aftermarket Hall of Fame. In August 1980, he was awarded the University of Toledo Pacemaker Award, which is granted each year to an accomplished business graduate for outstanding achievements in business, as well as contributions to the community and the university. Additionally, in 2021 he received the Aftermarket Warehouse Distributors Association (AWDA) Art Fisher Award for Excellence in Education for his commitment to education and training in the aftermarket. He was an active board member at StreetGlow and the Eliot Montessori School in Boston Northwood Gallery of Distinction–1995.

John is a motivational speaker who conducts many seminars for major corporations throughout the U.S., Canada, and internationally. He has functioned as an internal consultant, facilitator, and executive coach.